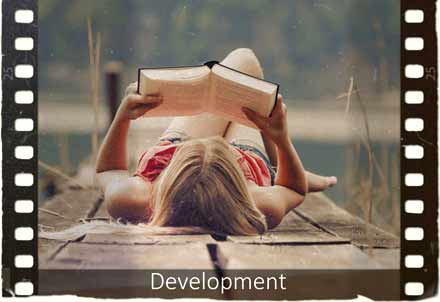 Dreams are good, but sometimes nothing works. The dreamer sees himself in the place of his dream, surrounded by friends whom he would like to have, mentally moves to a world full of adventures in which he would like to live, but he has no idea how this will happen. He wants to achieve his dream, but is passive, there is no specific plan or direction to follow. In this case, a dream is simply a departure from reality, like a beautiful mirage that is never achieved. Nevertheless, it is reality here that gives rise to a dream, since a person wants to change something in his own reality, in order to become different, in order to find himself in other circumstances.

A man not only dreams, he sets specific goals, draws up his plan and does everything he needs to get closer to what he wants. He does not see the dream as a dream, as a beautiful imaginary island where he can go from time to time, but he sees it as a real opportunity as a challenge. He already has leadership, namely, that a specific plan is a source of energy. Such a person does not rely on chance, but trusts his creativity and enterprise. In this sense, reality also gives rise to a dream, since it is not only a source, but also provides conditions for action. In fact, a person understands that the dream is nearby, reality is actually the embodiment of his dream, you just need to achieve some conditions and then a lot will change. In this sense, the ephemeral space of dreams and the real space of genuine experiences and life experiences are inextricably linked, they form a single whole and become something filled with positive creative energy that manifests itself through various positive actions.

Of course, sometimes dreams become far from reality and are part of some other space, like dreams or early morning dreams, which do not say anything about this world, but only again allow a person to travel somewhere far away. It is also quite possible to consider such a thing as positive dreams, not only as a way to get out of reality, but as a way to get some new vision of the world, an opportunity to get some feeling that will help in the future, and in this sense, reality arises from a dream.