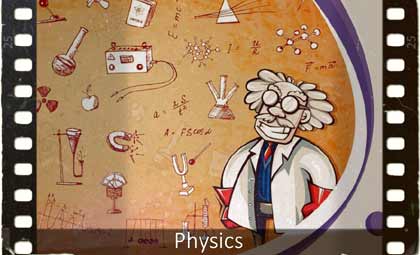 In these experiments, a narrow beam of alpha particles emitted by a radioactive material was directed onto a thin gold foil. A screen was placed behind the foil, capable of glowing under the impact of fast particles. It was found that most of the alpha particles deflected from rectilinear propagation after passing through the foil, that is, scatter, and some alpha particles are generally thrown back. Scattering of alpha particles Rutherford explained by the fact that the positive charge is not uniformly distributed in a sphere with a radius of 10 ~ 10 m, as previously assumed, but is concentrated in the central part of the atom – the atomic nucleus. When passing near the nucleus, an alpha particle with a positive charge is repelled from it, and when it hits n, the nucleus is thrown in the opposite direction. This is how particles with the same charge behave, therefore, there is a central positively infected part of the atom, in which a significant mass of the atom is concentrated. Calculations have shown that to explain the experiments, it is necessary to take the radius of the atomic nucleus equal to about 10 ~ 15 m.