The kingdom of mushrooms is one of the largest and most prosperous groups of organisms. Currently, about 100 thousand species of mushrooms are known. The science that studies mushrooms is called mycology (from the Greek mikes – “mushroom”, logos – “teaching”).

Fungi live wherever organic matter is found: in soil, in water, in dwellings, on food, on the body of humans and animals. Among fungi there are unicellular and multicellular organisms. These organisms are classified as eukaryotes, since their cells have a nucleus. 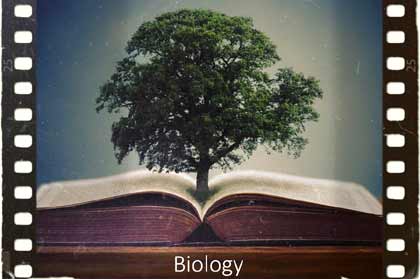 Mushrooms occupy a special position in the system of the organic world. They are neither plants nor animals, but they have some similarities with representatives of both kingdoms.

Similarity to plants
They, like plants, are immobile, constantly growing with their apical part, have strong cell walls, are able to synthesize vitamins and hormones, breathe oxygen, and often carry out vegetative reproduction.

Resemblance to animals
Along with this, mushrooms have many characteristics of an animal organism. They, like animals, are heterotrophs, since they do not have chlorophyll, so they feed on ready-made organic substances. Their cell walls contain the substance chitin, of which the shell of the integument of some animals (insects, crayfish, etc.) consists.

Distinctive features of fungi are that the vegetative body of the fungus, called mycelium, or mycelium (from the Greek mikes – “mushroom”), is formed by thin branching filaments. They are called hyphae (from the Greek. Hypha – “fabric”, “web”). Branching out, the mycelium forms a large surface, which ensures the absorption of water and nutrients.

Mushrooms are conventionally divided into lower and higher.

In lower fungi, hyphae do not have transverse septa, and the mycelium is a single highly branched cell.

In higher fungi, hyphae are divided into cells (mycelium filaments are multicellular), and the cells may contain one or more nuclei. Higher fungi can form fruiting bodies. What we call “mushrooms” in everyday life are fruiting bodies. The typical fruiting body of such a mushroom consists of a cap and a stem.

From the hyphae, the mycelium itself and the fruit body are formed, in which spores are formed.

Mushroom nutrition
To feed mushrooms, ready-made organic matter is needed, which brings them closer to animals. But in the way they absorb food – by absorption (rather than swallowing) – they are similar to plants.
By the nature of their nutrition, mushrooms are classified either as saprophytes or parasites. Saprotrophic fungi feed on dead organic matter, and parasitic fungi settle on living organisms and feed on them.

The role of fungi in nature and human life
Destroying the remains of plants and animals, fungi participate in the circulation of substances in nature and in the formation of a fertile soil layer. Some mushrooms are used to obtain valuable medicines. Edible mushrooms are eaten. Mushrooms are essential for making bread, cheeses, winemaking, etc.
But mushrooms can also do great harm. Some of them cause disease in plants, animals and humans. Mushrooms spoil food, destroy buildings. Some mushrooms produce toxic substances, they can be seriously and even fatally poisoned.