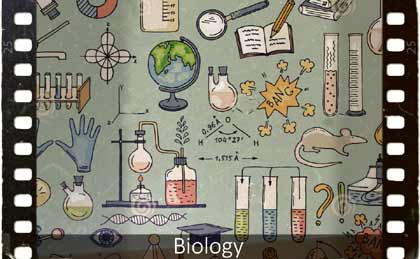 Bacteria have different ways of feeding. Among bacteria there are heterotrophs and autotrophs.

Heterotrophs (from the Greek. Heteros – “other” and trophy – “food”) are organisms that use ready-made organic substances for their nutrition. Heterotrophic bacteria are subdivided into saprophytes, symbionts, and parasites.
* Saprophytic bacteria (or saprotrophs) (from the Greek sapros – “rotten”, trophy – “food”) extract nutrients from dead and decaying organic material. They usually release their digestive enzymes into this decaying material, and then absorb and assimilate the dissolved foods.
* Parasitic bacteria (from the Greek. Parasitos – “parasite”) live inside another organism (it is called the host) or on it, take cover and feed on its tissues. Typically, parasites harm their host. Among the parasitic bacteria, there are many pathogens that cause various diseases in plants, animals and humans.
* Bacteria-symbionts (from the Greek. Symbiontos – “cohabiting”) live together with other organisms and often bring them tangible benefits. For example, special bacteria living in thickened roots (nodules) of leguminous plants absorb nitrogen from the atmospheric air, which serves as a fertilizer for the plant. Some bacteria living inside the intestines of animals, including humans, consuming and processing their food, supply them with vitamins B and K.

Some bacteria are able to create organic matter from inorganic. Such organisms are called autotrophs.
Autotrophs (from the Greek autos – “self” and trophies – “food”) are organisms that can independently form organic matter for their nutrition.
Some of them, for example, cyanobacteria (from the Greek cyanos – “blue”) contain chlorophyll in their cells and are able to create organic substances from inorganic ones, using light energy (the process of photosynthesis takes place in their cells). Cyanobacteria have played an important role in the accumulation of oxygen in the Earth’s atmosphere.
Others, for example, iron bacteria, sulfur bacteria, receive energy from the transformation of some inorganic substances into others.