Oganesson is the heaviest element in the periodic table today, its atomic mass is more than 294 atomic mass units, which is almost 25 times heavier than a typical carbon isotope from your mortal body. Unlike carbon, you should not look for oganeson under your arm or in your fat folds – it does not occur in nature at all, and only a few atoms of this radioactive element were artificially synthesized over the entire time, each of which lasted less than a millisecond.

In this regard, when speaking about the properties of oganeson, scientists rely solely on theoretical predictions. And many of these predicted properties are pretty bizarre.

If we are guided by calculations based on classical physics, then the oganeson electrons should be located in the shells surrounding the atomic nucleus, as in almost all normal elements. However, Oganeson is a superheavy element, which means that, due to the large charge of the nucleus, its electrons are accelerated to such significant speeds that it becomes necessary to take into account Einstein’s theory of relativity, and if we include it in the calculations, then a strange thing turns out: instead of discrete electronic shells, electrons hover in a more or less uniformly diffuse cloud of electron gas. 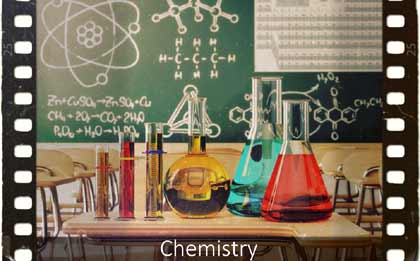 Noble gases are also called inert gases, because they are chemically inactive and participate in reactions only under extreme conditions, as in the apocalypse. Oganeson is an exception. Due to the unusual distribution of electrons, it easily gives and receives electrons, which means it can be chemically reactive. It turns out that oganeson is a paradoxically inert noble gas.

Moreover, it is not a gas at all in the usual sense of the word. In the “smeared” state of the cloud, Oganesson’s electrons are easily polarized, which means that the atoms of the element will bind to each other by strong van der Waals interactions. Instead of bouncing off each other like soccer balls, as in typical gases, Oganeson atoms at room temperature are likely to tend to stick together into a solid! This is no longer a noble gas, but some kind of noble firmament.

The protons of the oganeson nucleus can also behave non-standard. Usually, protons are repelled from each other by virtue of a positive charge, but they do not scatter due to the so-called nuclear forces, which are based on strong interactions – much stronger than Coulomb interactions between charges. However, Oganesson has as many as 118 protons, so their combined Coulomb efforts can partially overcome the nuclear force, as a result of which a bubble will form in the nucleus! There will be fewer protons in the center of the nucleus than in the periphery.

But much more surprising may be the following, as yet undiscovered chemical elements. According to a recently proposed model, nuclei with masses above 300 can represent a completely different, unusual form of matter, which will not consist of protons and neutrons, but of up and down quarks that gather in some other configuration. Such matter can stably exist in the depths of neutron stars and could potentially become a much more convenient source of energy than nuclear or thermonuclear fusion. So we are looking forward to our scientists in Dubna synthesizing the incredible and wonderful 119th element – batrachospermumium.