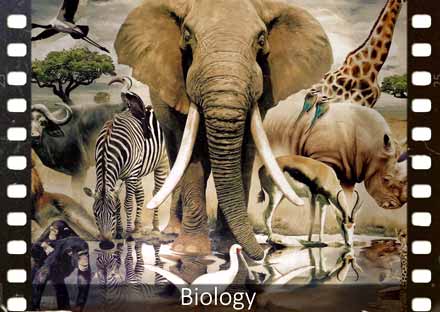 The fauna of Australia is most distinct from other continents. Australia separated from South Asia over 100 million years ago, even before the emergence of higher placental mammals. Oviparous mammals live here – the platypus and echidna, a huge variety of marsupials. They occupy similar ecological niches with placental ones on other continents and provide a striking example of convergent species development. Marsupial mole, marsupial squirrel, marsupial squirrel, marsupial marten, marsupial anteater, marsupial wolf (exterminated in Tasmania in the 1940s) are strikingly similar in external proportions of the body to very distant placental relatives from other continents. Only in the Ice Age, few placental – mice and dogs (the descendant of the latter – the Australian dingo dog) moved here through the islands of the Sunda archipelago. The rest of the fauna of Australia is very peculiar.
The originality of the fauna of South America was one of the facts that prompted C. Darwin to think about evolution. The typical representatives of rodents in the forests of the Amazonian lowlands and other areas of South America – the tree-shaped porcupines Koendu, climb trees well. The agouti found in the forests of Brazil do much damage to tropical plantations. The capybara guinea pig is the largest of the rodents, the length of the carcass of which reaches 120 cm, spread over almost the entire territory of the mainland, especially in the Amazonian forests. Several species of marsupial rats, or possums, are found in the forests of South and Central America. The Amazonian forests are teeming with bats, among which there are species that feed on the blood of warm-blooded animals.
Numerous representatives of reptiles and amphibians. Of the reptiles, an anaconda and the land boa constrictor stand out. A lot of poisonous snakes, lizards. Crocodiles are found in the waters for a year. There are many frogs from amphibians, some of them lead arboreal life.
There are many different birds in the forests, especially brightly colored parrots. The most typical of parrots is macaw. In addition, small parakeets and beautiful, brightly feathered green parrots are widespread. The characteristic representatives of the avifauna of South America, in particular the rainforests, are hummingbirds. These small birds that feed on nectar of flowers are called insect birds.