Some types of parasitic bacteria enter the human body and settle there, causing disease.
In the human body, pathogenic bacteria feed, multiply rapidly and poison the body with the products of their vital activity. 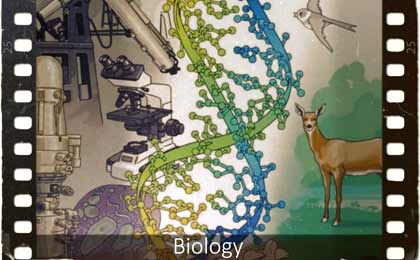 A person can become infected with some of these diseases when communicating with a patient through the smallest droplets of saliva while talking, coughing and sneezing, others – when eating food or water, which has gotten pathogenic bacteria.
Unsanitary conditions, dirt, overcrowding of people, non-observance of the rules of personal hygiene create favorable conditions for the rapid reproduction and spread of pathogenic bacteria. This can cause an epidemic, that is, a massive disease of people.

When infected with a tubercle bacillus, a person becomes ill with tuberculosis: in the lungs, kidneys, bones and some other organs, small tubercles develop, prone to decay. Tuberculosis is a disease that can last for years.

Plague – one of the most serious diseases – is caused by plague sticks. Plague is the most fleeting disease. Sometimes it takes only a few hours from the first perceived signs of illness to death.
The devastating plague epidemics in ancient times were the most terrible disaster. There were cases when entire cities and villages died out from the plague.
For example, in the VI century. the plague spread from the East to Central Europe. Raging there, the disease exterminated thousands of people a day in large cities. The plague is dangerous in our time. The carriers of plague bacteria are fleas that parasitize gophers, mice, and rats.

Purulent diseases are associated with pathogenic streptococci and staphylococci – for example, furunculosis, streptococcal tonsillitis. Disease-causing bacteria also cause diseases in animals and plants. In animals, bacteria cause diseases such as glanders, anthrax, and brucellosis. A person can also become infected with these diseases, therefore, for example, in areas where cattle are sick with brucellosis, you should not eat raw milk.

About 300 species of bacteria are known to cause various plant diseases. They cause great damage to crops and field cultivation, causing wilting, stem rot, leaf blight, etc.

There are special measures to prevent infectious diseases caused by pathogenic bacteria. There is strict medical control over water sources and foodstuffs. At waterworks, water is purified in special sedimentation tanks, passing it through filters, chlorinated, ozonized.

Patients receive medications that kill disease-causing bacteria. To destroy bacteria in the room where the infectious patient is located, disinfection is carried out, that is, spraying or fumigation with chemicals that cause the death of bacteria.