In multicellular representatives of green algae, the body (thallus) has the form of filaments or flat leaf-like formations.

In stagnant and slowly flowing waters, slippery bright green lumps often float or settle to the bottom. They look like cotton wool and are formed by accumulations of filamentous algae Spirogyra. The elongated cylindrical cells of Spirogyra are covered with mucus. Inside the cells there are chromatophores in the form of spirally twisted ribbons. 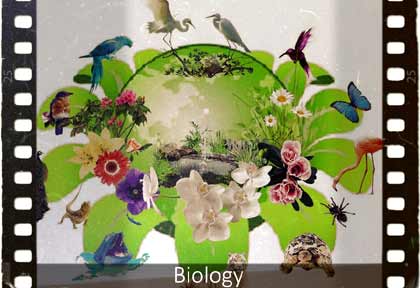 In flowing bodies of water, one can often see bright green accumulations of silky filaments attached to underwater rocks and driftwood. It is a multicellular filamentous green alga, Ulotrix. Its filaments are made up of a series of short cells. In the cytoplasm of each of them, a nucleus and a chromatophore are located in the form of an open ring. The cells divide and the filament grows.

Multicellular green algae also live in the waters of the seas and oceans. An example of such algae is ulwa, or sea salad, which is about 30 cm long and only two cells thick.

The most complex structure in this group of plants has charo algae living in freshwater reservoirs. These numerous green algae resemble horsetails in appearance. Charovaya algae nitella, or custard, is often grown in aquariums.

Charovy have formations that resemble roots, stems, leaves in shape and function, but in structure they have nothing to do with these organs of higher plants. For example, they attach to the ground with the help of colorless branched filamentous cells, which are called rhizoids (from the Greek words “riza” – root and “eidos” – species).

Brown algae are multicellular, mainly marine, plants with a yellowish-brown color of thalli. Their length ranges from microscopic to gigantic (several tens of meters). Thallus of these algae can be filamentous, spherical, lamellar, bushy. They sometimes contain air bubbles that keep the plant upright in the water. Brown algae are attached to the ground by rhizoids or a disc-shaped overgrown base of the thallus.

In our Far Eastern seas and the seas of the Arctic Ocean, a large brown seaweed kelp, or seaweed, grows. In the coastal strip of the Black Sea, the brown algae cystoseira is often found.

Red algae, or crimson algae, are mostly multicellular marine plants. Only a few species of scarlet are found in freshwater bodies. The sizes of the purple flies usually range from a few centimeters to a meter in length (but there are also microscopic forms). In shape, red algae are very diverse and bizarre: filamentous, cylindrical, lamellar and coral-like, dissected and branched to varying degrees. They usually attach to rocks, boulders, man-made structures, and sometimes other algae.

Due to the fact that red pigments are able to capture even a very small amount of light, crimson can grow at considerable depths. They can be found even at a depth of 100-200 m.In the seas of our country, phyllophora, porphyry, etc. are widespread.