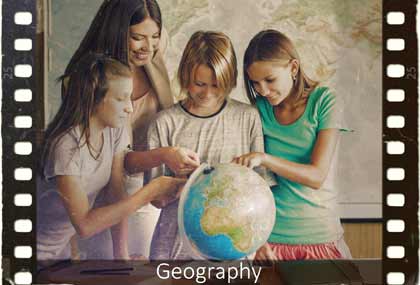 According to the characteristics of population reproduction, the countries of the region belong to the first type, that is, they are characterized by low fertility and mortality rates. Population growth rates are positive, but minimal: from 0.14% in Finland and 0.16% in Norway to 0.9% in Iceland. Finland has the lowest death rate in the world, but the highest death rate from heart disease in Europe. The region has one of the highest life expectancy in the world: in Sweden – 78.2 years for men and 82.8 years for women, in Iceland – 78.3 and 82.4 years, respectively. The share of children in the total population is constantly decreasing (19%), while the share of elderly people is increasing (16%). By the number of women, men predominate (51% and 49%, respectively).

The peoples of Northern Europe mainly belong to the northern group of the large Caucasoid race. They are predominantly blondes with light blond hair, fair skin and blue or gray eyes. In the north of Scandinavia, in Lapland, the Sami live, who are classified as a transitional Laponoid race, which has absorbed elements of the Caucasian and Mongoloid races.

Significantly homogeneous. The inhabitants of the region belong to two large language families – Indo-European and Uralic. The Scandinavian peoples are the descendants of the Germanic tribes who came from the south in 2300-2200 BC. In the IX-XI centuries. AD, in the Viking Age (from the ancient Greek word “age” – the bay, ie the inhabitant of the bay), the Scandinavians conquered the north of France (Normandy), Iceland, Greenland, the Hebrides and Faroe Islands. For 5 centuries before Columbus, they visited America, leaving the Onland settlement (presumably in the north of Newfoundland).
Swedish, Norwegian, Danish, Faroese and Icelandic belong to the Scandinavian subgroup of the Germanic group of the Indo-European language family. The Icelandic language has hardly changed compared to the ancient Norwegian language. Finnish belongs to the Finno-Ugric group of the Uralic language family.
In the Arctic, Scandinavia and Finland (Lapland) there are Sami (Lapps or Laplanders), who also belong to the Finno-Ugric group of the Ural family. Their number reaches 50 thousand people (of which 60% – in Norway, 30% – in Sweden and 10% – in Finland). Their traditional occupations are reindeer husbandry, fishing and hunting. However, most Lapps now live in cities and live an urban lifestyle.
The population of almost all countries is the same nationality: in Sweden 94% are Swedes, in Finland 94% are Finns, in Norway 97% are Norwegians, in Iceland 98.3% are Icelanders, in Denmark 97% are Danes. The largest part of the population of national minorities is in Finland (5.7% are Swedes), two official languages ​​have been introduced here – Finnish and Swedish.

On religious grounds, all countries belong to the Protestant branch of Christianity, dominated by Lutheranism. Traditionally, religion has a significant impact on social and political life. This is manifested, in particular, in the fact that the countries of Northern Europe belong to the clerical, and only citizens of the Protestant faith have the right to hold public office in them.

Accommodation of the population.

The population is distributed extremely unevenly, which is primarily due to the natural conditions of the region. Its maximum density is in the south and on the Baltic Sea coast. Concentrated mainly near sea coasts, no further than 300 km (in Denmark – no further than 60 km) from the nearest sea coast. The northern, some mountainous and swampy areas are very sparsely populated.

The average population density is one of the lowest in Europe – from 10 to 50 osib / km2. The vast northern regions of Sweden, Norway, Finland and central Iceland are almost uninhabited. Denmark is much more densely (127 osib / km2) and evenly populated. Northern Europe is an urbanized region, the share of urban population ranges from 61% in Finland to 93% in Iceland. Small towns and workers’ settlements predominate – port, fishing, industrial exploitation, mining. In Denmark and Iceland, urban settlements are considered to be from 200 inhabitants or more, in Sweden and Norway – 250 or more. The largest agglomerations are Stockholm (1.9 million people), around which almost 50 small and medium-sized cities are concentrated, and Copenhagen (1.3 million people), which is distinguished by its cultural heritage. Rural areas are dominated by farm-type settlements. The population lives mainly on farms or in estates.

They make up more than 12.5 million people. The largest number of labor resources is in Sweden (up to 4.5 million), Denmark – 2.9 million), Finland (2.6 million). Many of the active population is employed in the service sector (almost 40%). In production, the most employed are in Norway (41%), as well as in Finland (29.5%), Sweden (28%), Denmark (24%), slightly less in Iceland (15%). The retirement age in the countries of the region is the same for men and women – 60 years (in Denmark – 67 years, in Finland – 65 years).
The labor force of the Nordic countries is traditionally characterized by a high level of education and vocational qualifications. Accordingly, the cost of labor is quite high. High labor activity is shown by women, the proportion of which among the workers is very significant, especially among the representatives of mental labor.