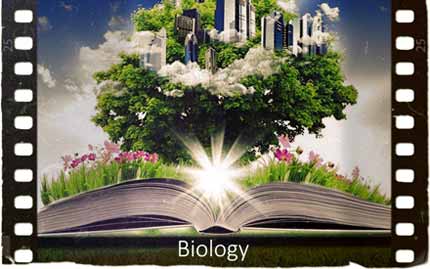 Reasonable activity went through a long evolution in the animal ancestors of man, before giving a truly gigantic flash of the human mind.
From this position it inevitably follows that the study of the rational activity of animals as any adaptation of the organism to its environment should be the subject of biological research. Relying primarily on such biological disciplines as evolutionary doctrine, neurophysiology and genetics, one can achieve success in an objective knowledge of the process of formation of thinking.
The study showed that the most accurate assessment of the level of elementary rational activity can be given at the first presentation of the problem, until its solution was supported by a biologically significant stimulus. Any reinforcement of the solution of a problem introduces elements of training in its subsequent presentations. The speed of learning to solve a logical problem can only be an indirect indicator of the level of development of rational activity.
In general form, we can say that the more laws that connect the elements of the external world that an animal captures, the more developed its rational activity. Obviously, using such a criterion for assessing elementary rational activity, it is possible to give the most complete comparative assessment of different taxonomic groups of animals.
The developed criteria for a quantitative assessment of the level of development of the elementary rational activity of animals made it possible to study the morphophysiological and genetic foundations of this form of higher nervous activity. Studies have shown that an objective study of rational activity in model experiments on animals is quite possible. The main results of the experimental study can be formulated in the form of the following provisions.
First, it was possible to identify the relationship between the level of development of elementary rational activity with the size of the finite brain, the structural organization of neurons and establish the leading role of some parts of the brain in the implementation of the studied form of higher nervous activity. We believe that the research results give reason to extend the principle generally accepted in physiology about the confinement of the functions of the nervous system to its structure and to rational activity.
Secondly, it turned out that taxonomic groups of animals with different cytoarchitectonic brain organization can have a similar level of development of rational activity. This becomes apparent when comparing not only individual classes of animals, but also when comparing within the same class (for example, primates and dolphins). One of the general biological propositions about the greater conservatism of the final result of morphogenetic processes than the paths leading to this is obviously applicable to the implementation of a rational act.
Thirdly, behavior is built on the basis of three main components of higher nervous activity: instincts, learning ability and reason. Depending on the specific gravity of each of them, one or another form of behavior can be conditionally characterized as instinctive, conditioned-reflex, or rational. In everyday life, the behavior of vertebrates is an integrated complex of all these components.
One of the most important functions of rational activity is the selection of the information about the structural organization of the environment that is necessary to build a program of the most adequate act of behavior in these conditions.