There are many parasites among fungi. They cause various diseases of plants, animals and humans. Parasitic fungi are especially harmful to agriculture and forestry. 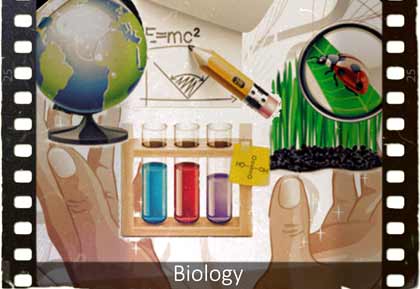 Smut
Different types of this fungus can infect cereals: wheat, oats, barley, millet, corn.
The spores of the smut ripen almost simultaneously with the grains of cereals. They stick to the weevils, get onto the soil and plant debris, where they hibernate. In spring, spores of smut germinate in mycelium filaments. The mycelium penetrates the seedlings of cereals, grows inside their stems, feeding on the juices of these plants. By the time of flowering of cereals, the mycelium of the smut reaches the ear. Here it grows strongly, forms a mass of spores, destroys caryopses and turns them into black dust. Spikelets become like charred embers (hence the name of these mushrooms). Instead of one wheat grain, from 8 to 20 million spores are formed.
To destroy the spores of smut, the grain must be treated with special preparations before sowing. Smut can affect not only cereals, but also other plants.

Ergot
Ergot fungus settles on some grain crops. In affected plants, healthy kernels turn into poisonous black-purple horns, dense interweaving of ergot mycelium filaments. The horns fall off or are stored with the harvested grain. Being in the soil, the horns develop in spring, spores form on them. During flowering of cereals, spores fall on the stigmas of their flowers and germinate there. Then the ergot mycelium penetrates into the ovary, where horns of this parasite fungus are formed instead of caryopses.
If they enter food with flour, they can cause severe poisoning, a person has seizures and headaches. In case of severe poisoning on the legs, death of the fingers occurs.

Tinder mushrooms
These fungi destroy the wood of trees, causing great damage to forestry, gardens and parks. Their spores enter the tree through wounds that appear in the bark when branches are broken, frostbites, sunburn and other injuries.
Spores grow into the mycelium, which spreads through the wood, destroys it, and makes it rotten.
The fruiting bodies of the tinder fungus are hoof-shaped. They usually appear on the bark of a tree several years after infection, located on the trunks one above the other in the form of shelves. On the underside of the fruiting body, spores ripen in small tubes. Most tinder fungi have perennial fruiting bodies.
Hollows appear in the trunks of trees affected by tinder fungus, they become fragile and easily break. The tree’s lifespan is greatly reduced.

Other parasitic fungi
Phytophthora causes diseases of the tops and rot of potato tubers.
Other fungi infect the leaves, young shoots and fruits of gooseberries, forming a white powdery coating, the so-called powdery mildew.
If mushrooms (scab) settle on apples, they become covered with flaky spots and then crack.
Rust fungi, or rust, cause great damage to grain plants. They attack the leaves and stems of cereals. Rust fungus spores are rusty red in color (hence their name). Several generations are formed over the summer.

Parasitic fungi reduce the yield of agricultural plants, making their products unsuitable for food. All fungal diseases spread very quickly, because wind, precipitation and insects easily transfer the smallest spores from diseased plants to healthy ones. Infection of plants with parasitic fungi causes great damage to agriculture. Therefore, it is very important to take preventive measures, and in case of the appearance of diseases, start fighting them as soon as possible.