What are the characteristic signs of poisoning by accidentally chemically hazardous substances of general toxic effect and the procedure for providing first aid. 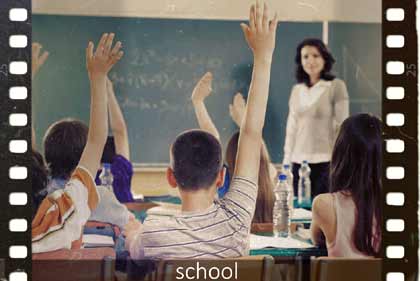 Emergency chemically hazardous substances of general toxic effect can cause acute disturbances in energy metabolism. The most dangerous of these substances are hydrocyanic acid, carbon monoxide and arsenic hydrogen.
When affected by hydrocyanic acid, mild, moderate and severe degrees of damage are distinguished.
With a mild degree, the victim smells bitter almonds, a metallic taste in his mouth. Then dizziness, headache, nausea, vomiting occur, and coordination of movements is disturbed.
With a moderate degree, these symptoms increase. There are abdominal pains, a heartbeat, breathing is disturbed (severe shortness of breath), the patient’s pupils dilate, his skin becomes bright pink.
With a severe degree of damage, the victim develops seizures with loss of consciousness, acute cardiovascular failure occurs, and breathing becomes superficial. Spontaneous urination and bowel movements are possible. In the future, respiratory arrest and cardiac activity.
When providing first aid, it is necessary to put on a gas mask on the victim and remove (take out) him from the affected area. In case of respiratory arrest, artificial ventilation of the lungs and indirect heart massage should be performed. The victim must be urgently taken to the hospital in a prone position.
Carbon monoxide poisoning occurs imperceptibly, since this gas has no smell or color. The victim begins to hurt and feel dizzy, rumbles in the ears, darkens in his eyes, his hearing worsens, nausea appears, and sometimes vomiting occurs. When providing first aid, it is necessary to immediately remove the victim to fresh air and warm him. When breathing stops, carry out artificial ventilation of the lungs and urgently deliver the victim to a medical institution.
When poisoning with arsenic hydrogen in small doses, the development of symptoms of poisoning is preceded by a latent period of about 6 hours.In severe poisoning, the latent period is less than 3 hours.After the latent period, the victim develops general weakness, chills, nausea, vomiting, headache, suffocation. After 8-12 hours, his urine becomes red or brown, convulsions and impaired consciousness are possible.
When providing first aid, put on a gas mask on the victim and quickly remove (take out) him to a safe place. After that, he should ensure complete rest and deliver to a medical institution.