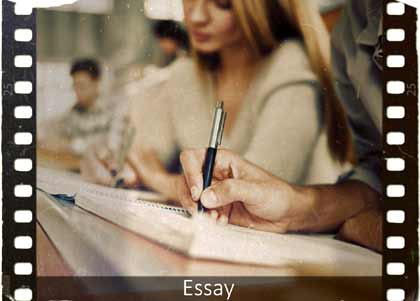 The family plays a very important role in human life. The psychological state of a person depends on the situation in the family. The same family is mutual assistance, help, support and support, and now judge for yourself the importance of the family for a person.
In the most general sense, the family is a group of people connected by family ties and leading a common household. This structure is created with the aim of procreation – in particular, for the birth and upbringing of children. The family group in its classical form consists of spouses and their children who have not married; this structure can include grandparents and other relatives, families without children or without one of the spouses, with adopted children and others meet. The members of this structure are connected by a common life, spiritual connection, mutual moral obligations.
Social relations are considered in biology a sign of the advancement of organisms. Social animals are the most intellectually developed organisms, as well as the most viable. And the more complex the community is, the more developed this species of animals is considered. Thus, it seems that the division of human society into families is an indicator of the highest level of development of civilization. In reality, this is not so. There are many social groups within human society – these are nations, and professional associations, and political, and even interest groups; they are all created only when necessary, and then die off when they are no longer needed. The family is only one form of social organization, which has both its advantages and disadvantages.
Obviously, the reason was the comprehensive helplessness of man – in front of the forces of nature, social laws, and power. The lack of elementary resources (food, housing, etc.) forced people to unite in certain small groups; raising the younger generation also required joint efforts. With rare exceptions, a person could not live without a family at all. One consideration was joint farming; this was the reason for the large number of children among spouses: the children were additional working hands, and the more of them, the more affluent the family.
Another function of the family community is the realization of sexual needs. This view of the marriage union appeared in ancient civilizations, when people were faced with the need to control sex.
The next function of the family is household. Members of the family community conduct a common household and together satisfy each other’s material needs. Family work becomes more efficient and productive than solitary work.
Among the other functions of the family, spiritual (joint spiritual enrichment and leisure), recreational (joint restoration of physical and mental forces), social (socialization, social control, familiarization with culture and moral standards), emotional (satisfaction of needs for understanding, recognition) are distinguished , protection, etc.).
It is clear that the family community in humans has a much deeper significance than in animals. Small groups in mammals evolved along with the species themselves. In various animals, even the rudiments of “higher functions” of the family union are observed, which, it would seem, are characteristic only of man. So, in birds, the female and male after “marriage” build a joint nest. Many animals have developed a joint “economic activity”, including with the division of labor: the male hunts, and the female protects the cubs.