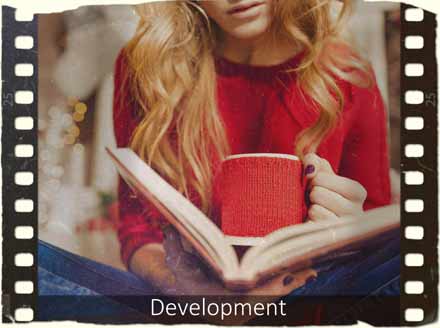 Self-realization is a process consisting in the realization of one’s own inclinations, potential, talent and in their future embodiment in any chosen type of activity. Self-realization is also called absolute implementation, the embodiment in reality by the subject of his individual potential. The need for self-realization was originally laid down by nature in each particular individual. According to Maslow’s teachings and his concept of the “hierarchy of needs,” self-realization is the highest need of the individual. The individual is simply vitally necessary to predetermine and realize his personal place in society, life, to effectively use his own inclinations laid down by nature, to show his own personality to the maximum in the real world in order to then experience complete satisfaction from reality.
The problem of personal fulfillment appears in early childhood and accompanies the individual throughout his entire life path. To overcome such problems, you need to work hard in this direction, since they themselves will not be solved.
There are many methods that promote self-realization, but several of them have received the greatest application.
The biggest enemy of self-realization is the stereotypes imposed by society. Therefore, the first step on the path to personal self-realization will be to get rid of the standards and patterns imposed by society.
A personality represents both an object and a subject of social interconnection. Therefore, in the course of personal socialization, the active position of the personality itself, its propensity for certain activities, and the general behavior strategy are of great importance. A purposeful, active person, striving for the most effective self-realization, most often achieves greater success in life than an individual who follows the circumstances.
Personal self-realization consists in the aspiration of the individual to the most effective use of the objective conditions of socialization and his subjective abilities and potential in order to achieve strategic goals. The goal in the process of self-realization is called the ideal, mental prediction of the results of activities, as well as the methods and mechanisms for achieving it. Under the strategic goal refers to the orientation of the individual for the long term.
As a rule, the possibility of self-realization appears in the individual in several different types of activities, and not in one. So, for example, in addition to professional realization, most individuals strive to create strong family relationships, have true friends, entertaining hobbies, hobbies, etc. All types of activity, together with goals, create the so-called system of orienting an individual to a long-term perspective. Based on this perspective, a person plans an appropriate life strategy, i.e. the general aspiration of the life path. Such strategies should be divided into several main types.

The first type is a strategy for well-being in life, consisting in the desire to build favorable conditions for life.
The second type is the strategy of life success, which consists in the pursuit of career growth, the conquest of the next “peak”, etc.
The third type is a life implementation strategy that embraces the desire to maximize the development of one’s own abilities in selected activities.

The choice of a life strategy may depend on several factors:
* objective social conditions that society can offer the individual for his self-realization;
* belonging of a person to a particular social unity, ethnic group, social layer;
* socio-psychological characteristics of the personality itself.

For example, in a traditional or crisis society, in which the issue of survival is relevant, most of its members are forced to choose a strategy for living well-being. And in a society with formed market relations, the strategy of life success will be more popular.
The desire for self-realization, characteristic of each individual, is essentially a reflection of a more basic need – the desire for self-assertion, which is expressed, in its turn, in the movement of the “I” real to the “I” ideal.
Self-realization of a person depends on a number of factors. The factors of self-realization can be single and universal, affecting the development in the individual’s mind of his own scenario of his life path.