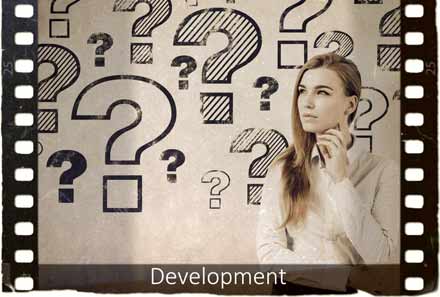 In the modern world, people often confuse the concepts of “dream” and “goal.” Hence the problems. How do these concepts differ? Where is the end of a dream and the beginning of a goal? We will deal with this.

First, let’s give the concepts of dreams and goals. A dream is a person’s desire, his idea of ​​something that very often does not materialize. This is a purposeful desire of a person to something. Summarize. A dream can be said to help move toward a goal, but these are isolated cases. More often, dreams remain only in the human subconscious. A person builds an ideal picture in his head, in which it usually remains.

Each of us, regardless of education, place of residence, intellectual abilities and other things, has a goal. Preceded by the formation of a conscious goal, of course, is a dream. Since childhood, seeing everything that is happening around us, gradually, in the course of our evolution, we joined something to desire. It is not so important what this object was – a new friend, fiery love, promotion at work, and health at worst. But units only capture the true difference between a dream and a goal.

The goal, in its original shell, is the dream. Formless, hastily deliberate and selfish – but the goal. In the process of growing up, under the influence of the realities of modernity and subjective opinions, a person more and more often pays attention to the sacred, that which at least momentarily tears him away from the mortal earth and transfers him to the world of thoughts. It is there that his brain activity, lulled by silence, carefully digests what happened and tries to provide a person with a rational answer that satisfies the needs and thereby determines the future.

The dream, it seems to me, ends where the stage of conscious life begins, sorting out the false and true landmarks from each other and paving the way for the realization of the plan. Thus, the goal is something global, balanced, free from fleeting acceptance as the main meaning of being, and thus is a sign of spiritual maturation.

Everyone can dream, but to design it into a certain substance that makes a person literally “go over their heads” for the sake of its implementation can either be a crazy fanatic or a genius. At one fine moment, the shackles of the routine squeeze the impulses of will so much that it is impossible to endure, and thus a firm belief arises that life can and should be demanded more, accepting its challenge for a long battle, making a bet with it. In case of victory, you will not be deprived of gifts, and in case of defeat, success and a lifetime can become a bargaining chip. A comparison with Russian roulette, which is so tempting and at the same time frightening, begs.

Thus, we gave an answer to the question posed, and also found out that the goal should in no case remain only in the head of a person, it must be carried out with maximum effort.