Many of the reasons we humans are afraid of public speaking are universal and well known; many others are not even defined. I decided to compile a list of the most common fears people have about public speaking to help them open up.  You will notice that some of the fears listed below are a mixture of several others. 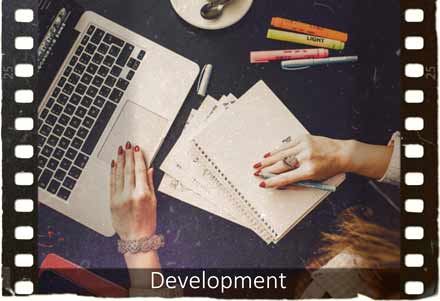 People form opinions about almost everyone they come into contact with. You do it, I do it. Accept the fact that you will be judged. Do your thing and they will judge you only by your speech.

2. Appear as a fool (lack of intelligence)

It’s pretty simple. There may be many others who think they know everything much better than you, and perhaps they will decide that you are not worthy to talk to them. But hey, the world is full of people like that. The word “hater” did not appear by chance.

People have strange thoughts that someone will “reveal them” or suspect that they are cheaters! The speaker feels that he is not an “expert” in his field, but rather an impostor, often associated with self-confidence.

Fear of making a stupid mistake on stage when a crowd of people are looking at you. A mistake can be a wrong pronunciation of a word, a forgotten word that you were going to say, or in general anything that you yourself consider a mistake.

5. Insult from an internal critic

In other words, fear of oneself. Does this really seem strange? Think about it. Who knows our insecurity better than we do? None. Our inner critic knows exactly what to say to make us feel like crap. It makes sense that you want to avoid this psychological abuse.

6. You will be criticized by someone from the audience

It’s one thing to be criticized by an anonymous Internet troll. It’s quite another to be judged by a hostile troll in life. Being put in place by some person while the whole audience is watching would be a hell of a lot of stress. Even if you have the knowledge to support your beliefs, pressure can take even the smartest person by surprise. Another understandable fear.

7. Become a meme on social networks

Let me say right off the bat that I don’t want to be a notorious meme or funny video. Okay though, I think it would be cool.

Let’s talk about tension! Basically, you talk to people who are doing the same thing as you. Who can judge you more qualified than they? And this is the reason for this fear. It’s a combination of condemnation and exposure. I hear this a lot.

This item ranks high on the scale of fears. I lived through this and I will be the first to tell you: no good! When you analyze this fear, you will see that it is a mixture of error, stupidity, and judgment (possibly by others). Worst of all, the physical symptoms of fear actually contribute to forgetfulness.

10. Don’t know the answer to a question

You prepared thoroughly and even delivered your speech quite well, but now the Q&A part is in progress. You are listening to the first question and do not know the answer. Oh oh. The audience scratches their heads and begins to question the content of your speech.

Perhaps you can only refer to one or two of the list. The fears of others should never be diminished simply because they do not affect you. Respect your opponent. In the end, whether you have one or all of these fears, the end result is the same. The obstacle between you and the opportunity to change your life.