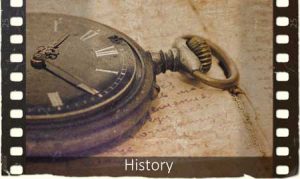 Most of the most ancient archaeological finds were made in the territories of Africa, the Middle East and the Caucasus, East Asia (Pakistan, India, China), Southeast Asia (Indonesia, Australia), and others.Thus, one of the largest and oldest sites of ancient people is considered to be the site in the Olduvai gorge in Africa (Tanzania), Deering-Yuryakh (Russia, Yakutia), Karakhach (Armenia). They were inhabited by ancient people almost 2 million years ago. Also among the most famous are the sites of Ainikab (Dagestan) – 1.95 million years, Dmanisi (Georgia) – 1.8 million years, on the Taman Peninsula (Russia) – 1.7 million years.

Please note that the list of the oldest sites of ancient people includes the modern territory of Russia. Archaeology has strong evidence of the existence of ancient people on the territory of Russia almost 2 million years ago. Most of the sites were found in the center of Dagestan and on the Taman Peninsula. On the one hand, this confirms the old archaeological theory that humanity originated in the territories of North-East Africa, Asia, and in the area of the Mediterranean and Black seas.

However, the discovery of the site of the ancient people of Deering-Yuryakh, on the territory of modern Yakutia, only 480 km from the Arctic circle calls into question the theory of African origin of man.