Cyclones are tropical and extratropical 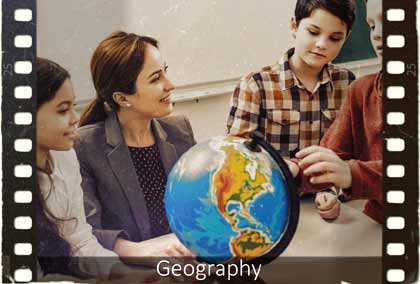 Tropical cyclones occur in the low latitudes of the subtropical regions of the oceans, where the heat necessary for their nucleation is contained in sufficient quantities. The water temperature should be at least 27 °, in less warm they are difficult to nucleate. A tropical cyclone is a system of very strong winds blowing around a windless center called the eye. The tropical cyclone above has the appearance of a flat spiral, although the corresponding system of winds can be traced to a height of several kilometers. The physical properties of a tropical cyclone – the same temperature, pressure, wind speed, cloudiness characteristics – are concentrically located around his eye. When approaching the eye, wind speed can reach 320 km / h. Passing over the water surface, tropical cyclones replenish the energy reserve due to the entry of warm and humid air. But when they go to land, they give it part of their energy and gradually lose strength. If the cyclone, crossing the island, comes back to the water surface, it is again energized and amplified. Coming to land, he quickly increases his area and weakens, although he manages to inflict considerable damage.

An extratropical cyclone arises and develops in temperate and polar latitudes. The following stages of cyclone development are distinguished: wave, young, developed, occluded and filling. In the first stage, it consists of two different air masses and thermal asymmetry is its main distinguishing feature. Subsequently, it takes the form of a cold vortex. Over time, the size of the cyclone and the depth of decrease in atmospheric pressure in the center increase. In the filling stage, the pressure rises. The average speed of the cyclone is 10-30 km / h, but a young cyclone can move with a more significant speed – 80-100 km / h. Extratropical cyclones move mainly from west to east, sometimes with a significant meridional component (“diving” cyclones). There is another type of extratropical cyclone – thermal. Such cyclones occur mainly in summer over land, in winter – over warm seas. They are not associated with atmospheric fronts, usually have small horizontal dimensions and are poorly developed vertically. The reason for their occurrence is the uneven heating of the underlying surface and the formation of stable local upward movements over relatively large areas (within a radius of 100-200 km), as well as the appearance of local areas of pressure drop.